A brief understanding of Tourmaline crystal and gemstone

Tourmaline gemstone or crystal is probably the most unique mineral in the gemological family. It has one of the most complicated molecular formula; rich in sodium, copper, aluminum and lithium; this is the reason why tourmalines come in so many colors, multi color tourmaline crystals “also called Elbites" are also very famous.

Tourmaline became a major part of jewelry when in 1890s they were found in California USA by a Tiffany gemologist Mr. George Kuntz. The American National Association of Jewelry introduced the gemstone as birthstone of October. It was believed by some that the gemstone was formed by the rainbow because of its multi color property. Later the holistic gemologists associated the gemstone with positive change in life and good fortune.

Tourmalines are found in many parts of the world, however the most beautiful tourmalines come from: Afghanistan, Pakistan, Brazil, Madagascar and Africa. Tourmaline come from other parts of the world include: USA, Canada, Burma, Kenya, Namibia, Russia, Siberia, Sri Lanka, Switzerland and Tanzania.

There are many types of tourmaline, it is the most colorful stone in the world. Elbite and Schorl are the most common tourmalines however the Dravite and Uvite are much less common types.

Schrol are the black tourmalines 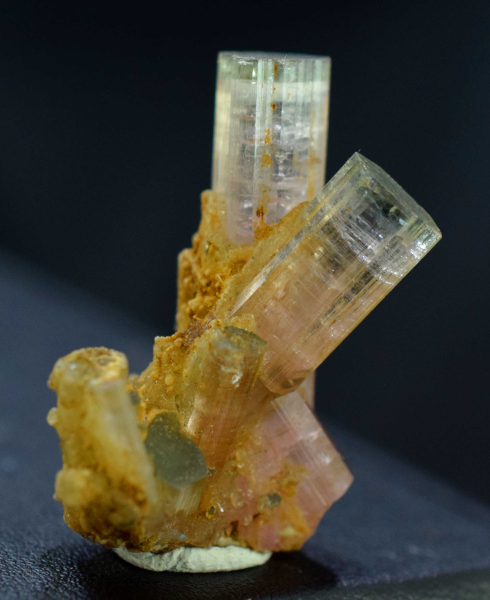 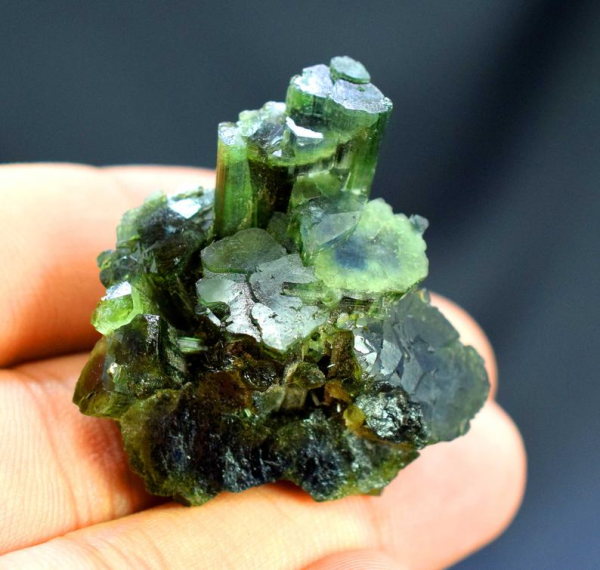 How to determine price of Tourmaline

There are many factors that determine the price of a tourmaline. Tourmaline like any other mineral do not have fixed price; one need to know about these factors:

Color: The more colorful will have more value; specially if a tourmaline is multi color it will increase its price many folds

Luster: determines the dullness or light-reflectivity if the mineral has non-metallic or metallic luster

Hardness: a week or breakable tourmaline is not liked by collectors and jewelers;

Combination: this implies to crystals and specimen; a tourmaline crystal with combination of other mineral like quartz, kunzite or apatite etc is more valuable than single tourmaline

Termination: this also applies to crystals only; a natural undamaged and fully terminated has more value